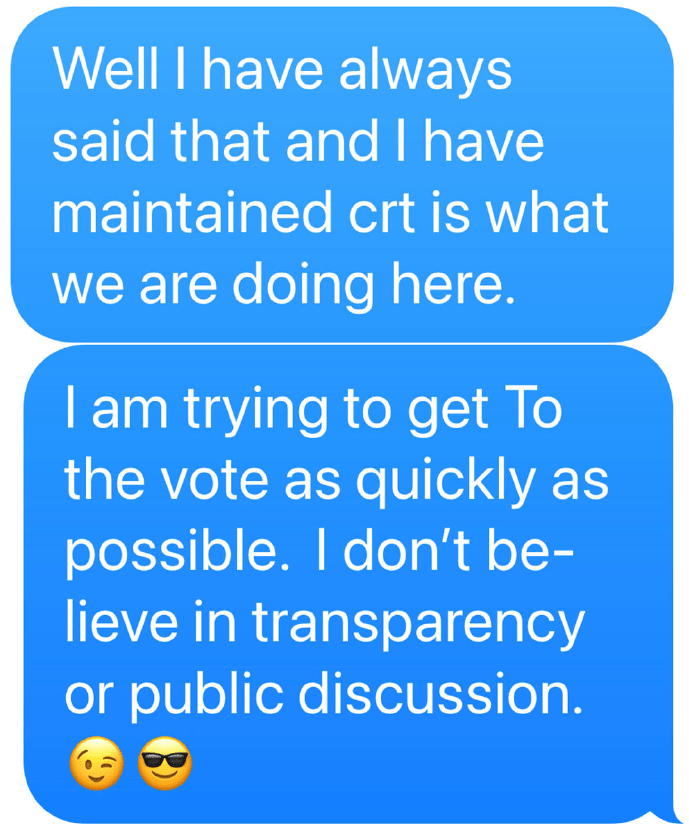 In a text string obtained via FOIA

In a May 19th text conversation with Katie Olsen-Flynn a member of the school division’s “Advisory Council on Equity,” Lateef replied back to Olsen-Flynn:

“Well I have always said that and I have maintained crt is what we are doing here.”

Lateef followed that text up with:

“I am trying to get To vote as quickly as possible. I don’t believe in transparency or public discussion.”

Since his comments on transparency and public discussion, Lateef and the School Division have: