Investigation Which Interviewed 46 Individuals Comes at a Cost of $52,100 to Prince William County Taxpayers 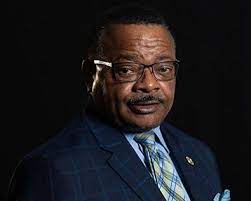 Five months and $52,100 on the backs of county families after it began, an investigation done by Prince William County’s Office of Human Resources has declared there is insufficient evidence to back up a claim made by Cozy Bailey in June that an unnamed officer in the Prince William County Police Department called him the “n-word” “5 or 6 years ago.” 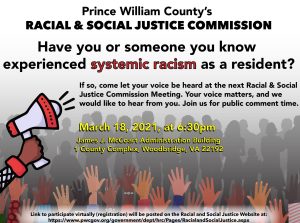 In the meeting, Bailey alleged that he was referred to as the “n-word” after addressing a leadership seminar put on by then Police Chief, Barry Barnard, with “the top or two or three layers of leadership.” Bailey noted that only “two” of the “forty or something “ people in the room were “African-Americans” and that his presentation received a “cold reception” with virtually no questions and that “as I walked out…what I heard was, “Glad that n-word is done.”

After an internal five month investigation with 46 people, including every person present at the meeting with the exception of Chief Barnard, to include 39 active police officers and 6 retired, it was determined that “After a thorough review of the witnesses’ interviews, the investigator determined there is no other type of corroboration present. No similar incident occurred on another occasion. The overwhelming consensus of interviewees indicated that he or she did not make the statement or hear someone make the statement. This investigator determined there is insufficient evidence to support a finding of an unnamed PWCPD member making a racial slur.”

According to County Executive Chris Martino, the investigation, which took up 521 hours of county time came at a cost to Prince William County families of $52,100 or $100/per hour.

By comparison, the amount wasted investigating Bailey’s false claims could have fed nearly 3,000 downtrodden and vulnerable seniors through the county’s Meals on Wheels program. 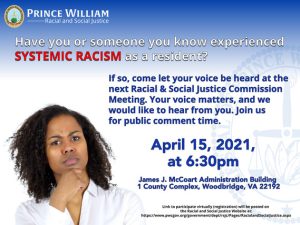 In addition to the false timeline provided by Mr. Bailey and zero corroboration from 45 witnesses, it was noted that his claim of there being only “two” African-Americans in the room was also false. The report noted that seven African-American individuals were present. Most, if not all of which were interviewed and unanimously refuted Bailey’s accusation.

In his statement to the Racial Commission, Bailey lauded himself for having “the temerity to continue to walk” following his allegations that he calls proof of “systemic racism” (“I call that systemic racism”).

Interestingly, less than four months after making the scurrilous accusation against the PWCPD, Bailey extolled the praises of the same department after they jumped to attention to his request to investigate a private citizen for an e-mail sent to the entire Board of Supervisors in August which Bailey alleged was a deliberate targeting of his wife. The subject of the e-mail, titled “Government Target” was actually in reference to another private citizen being the target of Mr. Bailey’s wife, Supervisor Andrea Bailey, after she inquired of Chair Ann Wheeler at a meeting earlier in the summer, “what are we going to do about Brett Gloss”? 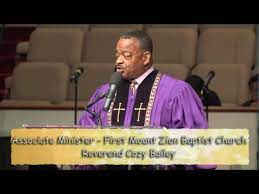 When not responding to frivolous requests to target residents critical of his wife, Bailey has a history of using his position as President of the Prince William County NAACP to publicly critique the Prince William Police Department.

A month before his statements to the Racial Commission, Bailey trashed a community survey which showed residents holding a favorable opinion of the Prince William Police Department by alleging that the department was “bending over backwards to create a survey that makes the police department look good.”

Issues pertaining to truth and honesty have followed the “power couple” as Andrea Bailey has similarly been caught in a series of mistruths. When Bailey broke her silence on sending the police to the home of a board critic she told PW Perspective,  “My husband and I have been in this community since 1976 and we chose to serve here with all people and so we’re not going to let anyone be attacked nor we’re not going to be attacked…We want collectively in PWC freedom of protection.” 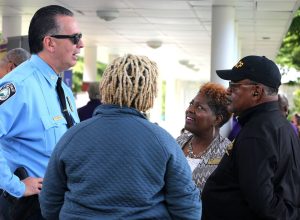 However, in 2018, Bailey told InsideNova that she and her husband did not move here until 2002, calling the 1976 claim into question. As of November 24th, her county webpage claims something different, and that she has been here since 1979.

In January of this year, Bailey falsely claimed that she lived in the Rural Crescent while defending a vote to remove hundreds of acres from the rural area. Following media coverage of the claim she confessed that she does not live in the rural area.

Supervisor Vega would like to see a way for the county to be compensated for the $52,100 unnecessarily spent on the investigation without increasing tax bills.