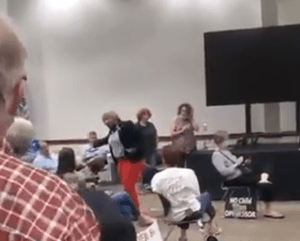 An elderly Hispanic man was berated and sworn at by the head of the Prince William County Democrat Party at the September 15th School Board meeting which led to the room being cleared.

Tanya James, the Chairman of the Prince William County Democrats and Senior Aide to Supervisor Andrea Bailey can be seen here screaming “Go to hell” and “F*ck you!” at an elderly Hispanic man sitting down at the meeting. The maniacal screaming reportedly came after the man and other residents at the meeting participated in an impromptu singing of “The National Anthem.”

The full video, which was released by the Washington Free Beacon on September 28th, places in better context a selectively edited video published by InsideNova’s, Jared Fortek, which bizarrely excluded James’s rant and only showed the reaction of one man responding to her behavior.

For a comparison of the videos please click below: 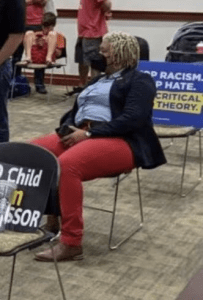 When asked by The Coles District Newsletter to release the full, unedited video, Fortek declined.

For a summary of the dishonest media accounts of the meeting click here.

One of the victims of Ms. James screeds was later identified as Jose Cossio, a local Pastor from the Gainesville area who was similarly attacked at a political rally by left-wing agitators in 2020.

After two hours, the elected body finally emerged after all but fifteen county taxpayers were dispersed by police.

James, the Chair of the Prince William Democrats and Board Aide, made national news last year for her calls to defund the police and assertion that “Cops are never fair” in since deleted tweets screenshotted below. 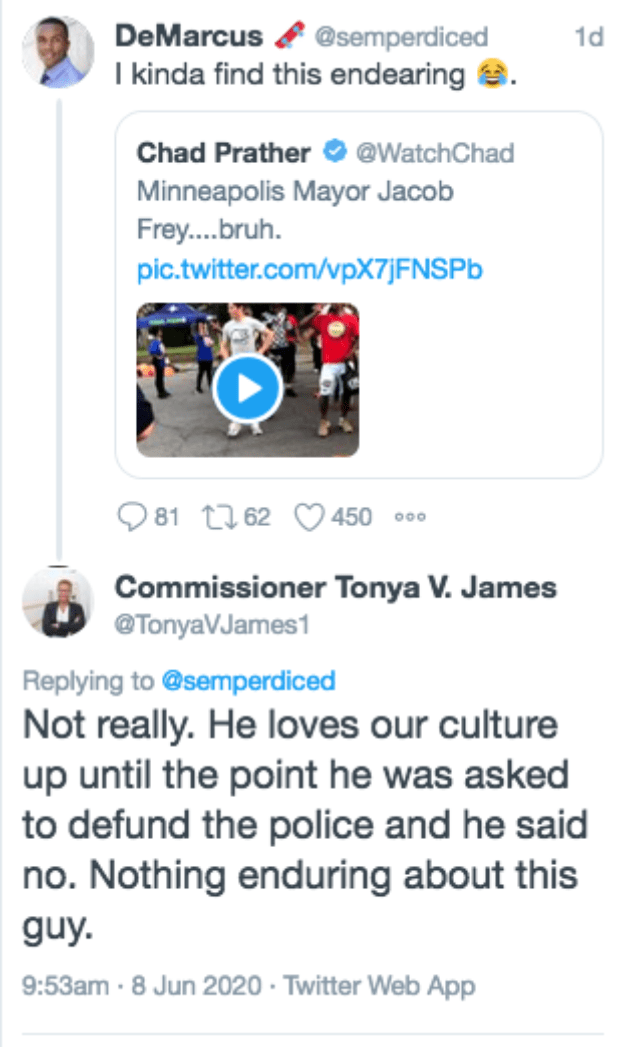 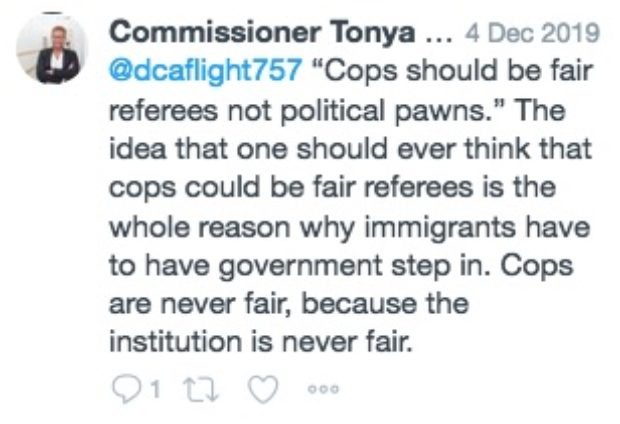 The School Board meeting where the elderly Hispanic male was berated happened to fall on the first day of Hispanic Heritage Month. While symbolic proclamations have been passed the last two years commemorating the month, each celebration has been marked by partisan targeting of Hispanic residents. Last year, the majority of the Prince William Board of County Supervisors famously reversed their unanimous decision on the Route 28 Bypass at the start of Hispanic Heritage Month, a move which will likely leave dozens of families in a majority Hispanic neighborhood removed from their homes.